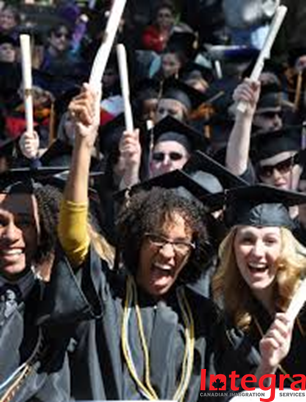 There are many good reasons for choosing to get your Higher Education in British Columbia. First its institutions often rank among the best in the world; second, it is the only Province with Education Quality Assurance, a provincial seal of quality for post-secondary education; third awsome natural sites and cosmopolitan cities, and fourth: Best weather in Canada!
So here is the first of a 3 part series with the list of institutions to help you make up your mind:

Locations: Vancouver and Kelowna
2014 Cost: $5,800
A huge research powerhouse with 29 programs on the QS World University Ranking and about five times the research funding of the University of Victoria. The school has made genuine efforts to improve undergraduate education and achieved one of the lowest student-to-professor ratios in the country. It has a reputation for extreme academic competition, 24,000 students competed for 7,800 first-year seats and admitted science students average 92 per cent high school grades. With nearly 47,000 undergrads, about 90 per cent of students get involved in a club or other campus activity by fourth year. Still, students gave mixed reviews on a national student survey, landing UBC well below average on Canadian students’ overall satisfaction.

Locations: North Vancouver, Sechelt and Squamish
2014 Cost: $4,100
Capilano was founded in the 1960s by radical education idealists. As a college-turned-teaching university, relatively few professors have PhDs but boast extensive industry experience to popular vocational programs such as jazz music, animation, illustration and exercise science. The university has currently expanded its successful certificate in the Squamish language and culture to other aboriginal languages, including Lil’wat and Sechelt. The compact campus nestled on a mountain in sleepy North Vancouver becomes a ghost town on weekends for there is no residence or pub.

Location: Vancouver
Cost: $4,400
This respected art and design school continues to stay on the cutting edge with an innovative interactive design program and a Health Design Lab that allows students to work with real clients in the health-care field. Emily Carr students enjoy opportunities such as curating at local museums and designing at BlackBerry and Facebook; notably in 2014 an Industrial design student, named, Scott Forsythe was one of only three selected from around the globe for a prestigious internship at IKEA. Ninety-two per cent of graduates from the past 15 years are employed, three in five of its graduates find work in the creative industry and 29 per cent are self-employed. The university dedicates less of its budget to financial aid than any other university in B.C., so scholarships and tuition discounts are rare.

UNIVERSITY OF THE FRASER VALLEY

Since UFV became a full university in 2008, it has maintained strong vocational programs where 90 per cent of its apprenticeship graduates find related employment. Accessible faculty and classes capped at 36 students, allow for a dedicated learning experience but gives way to  limited course availability. Some research opportunities exist. For example, Lenore Newman, Canada Research Chair in Food Security and Environment, conducts important research into the impact of climate change on food security, a fitting issue to probe at a university situated in some of the most productive farmland in the country.